Can vegans wear pearl earrings? Pearls come from oysters which are animals, so generally, it isn’t considered vegan. But what actually happens with an oyster when we remove the pearl?

Does removing the pearl kill oysters? Removing the pearl requires opening the shell which kills most types of oysters. There are some species who can produce more than one pearl. Those are harvested more carefully and are released back to the water if the pearl is good quality.

While oysters don’t have a nervous system, it is still researched whether or not they are able to feel pain or not. And killing an animal that might feel pain is unethical and unnecessary.

The Process of Harvesting Pearls

In nature, only one in 10000 oysters produces a pearl. There are over one billion pearls harvested per year. To meet the high demand we need to cultivate oysters in pearl farms and force them to produce pearls.

A pearl is an ulcer formed in the oysters when an unknown outside particle get into the shell. It is due to the stress that the oysters produce nacre that’ll eventually become the pearl in a couple of years. So basically the pearl is the result of a disease in the oyster’s body.

In commercial oyster farms, people need to forcibly open the shell and insert an irritant, usually a piece of tissue from another oyster. Some types of oysters can create multiple pearls at the same time depending on the number of irritants inserted. 30% of the oysters die in this process only!

Then oyster farmers wait around 2-5 years to harvest the pearls depending on the desired size. To speed up the production of the nacre and the growth of the pearl, the farmers might change the oysters’ water type or temperature to cause them stress.

When the pearls have grown big enough and are ready to harvest the farmers open the shells and remove the pearls from the muscle of the oyster. If the oyster isn’t capable of producing more pearls it is killed in this process, otherwise, it is going through the same procedure once again until it is completely exploited.

The pearls are used to make expensive jewelry, but other parts of the oyster are sold as well. The meat is eaten and the shell can be made into jewelry or buttons as well called the mother of pearl. The parts of the shell that are not suitable for mother of pearl are ground up to feed to chicken for calcium.

Oysters play a very important role in the ecosystem because of their ability to clean the water. However, oyster farming, just like any other monoculture, and wild oyster fishing upset the balance of the environment and are very dangerous to our waters.

In addition, if oysters are in fact capable of pain or are able to feel, the process of forcing them to grow an ulcer, exposing them to radical conditions and killing them (whether on purpose or not) is cruel and unacceptable.

The Different Types of Oyster Farms

The practices of growing and harvesting pearls can differ at different pearl farms.

There are four main types are freshwater, Akoya, Tahitian, and South Sea pearl farms. These are the names of the different oyster species used for producing pearls.

Number of pearls grown: can produce up to 32 pearls at a time

Irritant: up to 16 pieces of mantle tissue on side of the valve

Harvesting method: opening the shell slightly, only cutting the pearl sac open, and removing the pearl. If they won’t be reused anymore the valve is completely cut out with a knife and the pearls are pulled from the mantle.

How are their other parts used? The meat is used as a fertilizer and the shell is for pearl powder products.

Number of pearls grown: up to 5 pearls at a time

Harvesting method: Akoya oysters are killed at the harvest by cutting the valve

Number of pearls grown: one pearl at a time

Harvesting method: they don’t always die at harvest. The shell is open just slightly and the pearl is cut out. Can be nucleated up to 3 times.

Number of pearls grown: one pearl at a time

Harvesting method: they don’t always die at harvest. The shell is open just slightly and the pearl is cut out. Can be nucleated again.

The Lifespan of Wild Oysters Compared to Farmed Oysters

Oysters can live up to 20 years, but their lifespan depends on a lot of different factors.

The ones that are farmed usually protected by their natural predators, like crabs, lobsters, worms, and fish.

However, the process of pearl farming kills oysters at a bigger rate than it protects them. Third of them already dies when being nucleated. Oysters that can produce pearls only once could be released back to the oceans but they are rather killed and sold for their meat and other parts. And the ones that could be nucleated again might die by accident when the pearl is cut out.

So even though oysters at farms are protected from their predators, they are in the hands of the largest predators of the Earth, humans.

The exploitation of living beings for human gains is nor vegan, neither ethical!

Their life in captivity, their shortened lifespan and the stress of growing an ulcer (a pearl) don’t worth it for an overpriced piece of jewelry.

Even if the other parts are eaten or used as well, growing pearls and farming oysters are completely unnecessary and inhumane.

Pearls are a needless luxury to us, a shortened and stressful life to oysters, and just another cause of damage to the environment.

Fortunately, we don’t need to give up pearls completely! Faux pearls can be made by plastic, glass, or resin and they can look extremely similar to original pearls for a fraction of the price. If you really want to buy a real pearl, buying it second-hand is always an ethical option.

Do oysters have brains? Oysters don’t have brains because they don’t have central nervous systems. However, they have two chinks of nerves in their bodies called ganglia.

Where do black pearls come from? Black pearls are harvested from black-lip oysters. They are also called Tahitian pearls because they’re originated from around Tahiti. 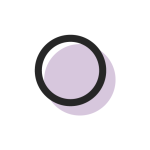